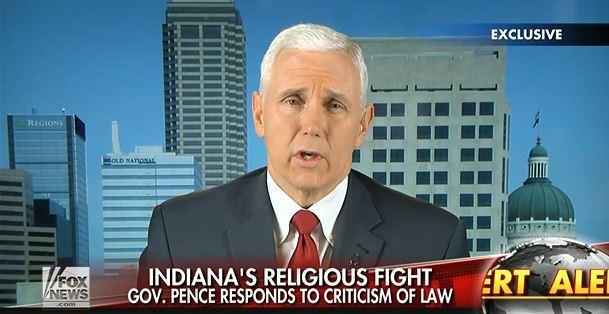 Why is Indiana’s Governor Pence doubling down on regressive social policy with the Religious Freedom Restoration Act, when it makes the Republican Party look like “right wing whackos” out of touch with the mainstream? So asks radio host and EPIC TIMES founder Jerry Doyle. Jerry and I agree that a strong two party system is necessary for effective governance. But since President Obama’s last state...

In one of the more dubious political moves in recent history, Governor Pence signed the Religious Freedom Restoration Act “in private,” flanked by several anti-gay lobbyists. Optics tell the story. That the outrage and backlash from Tech CEOs, business owners, sports personalities and grassroots protesters “shocked” Pence serves as a cautionary tale for Republicans running in 2016, some of whom seem to be living in...