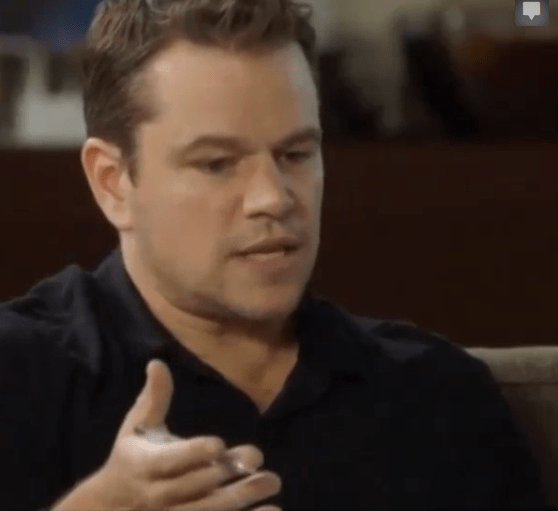 in Sexism, Women at the Box Office

Matt Damon Shuts Down a Female Producer Calling for Diversity

Matt Damon got himself in hot water in the fourth season of his reality show, Project Greenlight. Damon and his male judges were discussing a contestant’s script when the panel’s sole female judge, noted producer, Effie Brown, a woman of color, voiced concern that the only black character in the film was “a prostitute getting beaten by her white pimp.” US Magazine reports “Ms. Brown...