Is Equality in Marriage a Sexual Turn Off? 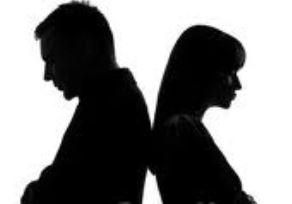 Psychotherapist Lori Gottlieb’s NY Times Magazine article, “Does a More Equal Marriage Mean Less Sex?” shares sociological studies examining “Egalitarianism, Housework and Sexual Frequency in Marriage,” which posit that as couples become equal breadwinners and caregivers, the satisfaction they gain from sharing the chores is somehow dampening their desire for each other.  One study claims: “The less gender differentiation, the less sexual desire.” In other words, in an attempt to be gender-neutral, we may have become gender-neutered.”  Is she right?
If a man helps me fold the sheets, does that negate his manhood?  Nonsense.
Here is the, ahem, thrust of Gottlieb’s argument:

Marriage is hardly known for being an aphrodisiac, of course, but [this is] referring to a particularly modern state of marital affairs. Today, according to census data, in 64 percent of U.S. marriages with children under 18, both husband and wife work. There’s more gender-fluidity when it comes to who brings in the money, who does the laundry and dishes, who drives the car pool and braids the kids’ hair, even who owns the home. A vast majority of adults under 30 in this country say that this is a good thing, according to a Pew Research Center survey: They aspire to what’s known in the social sciences as an egalitarian marriage, meaning that both spouses work and take care of the house and that the relationship is built on equal power, shared interests and friendship. But the very qualities that lead to greater emotional satisfaction in peer marriages, as one sociologist calls them, may be having an unexpectedly negative impact on these couples’ sex lives.

The “Egalitarian” study found that “if men did all of what the researchers characterized as feminine chores like folding laundry, cooking or vacuuming — the kinds of things many women say they want their husbands to do — then couples had sex 1.5 fewer times per month than those with husbands who did what were considered masculine chores, like taking out the trash or fixing the car.”
Ok. So did a couple of guys who were frustrated with being asked to do the dishes get together and come up with this one?  And do we know the “1.5” number didn’t have other mitigating factors attached to it?
As to what duties are an aphrodisiac, if one requires the performance of certain chores to turn you on, might I suggest gardening – all that digging around in the dirt with a trowel might be a little more primal…
So if a wife just sees her husband totin’ that barge and liftin’ that bale, he’ll automatically become sexier?
He’ll be sweatier, that’s for sure.
Not every man with his shirt off looks like Ryan Reynolds splitting logs in the front yard.
Ms. Gottlieb admits that “correlations don’t establish causation, and especially when it comes to sex, there’s always a risk of reporting bias and selective sampling, not to mention the mood of a subject at the time of the survey.”  I.e, “was the wife standing in front of garbage that had not been taken out.”  The quoted study was published last year, but uses data compiled in the 1990s.  While attitudes have changed in 20 years, Gottlieb maintains her patients offered similar complaints, even though the sharing of child care and housework “makes a woman feel both closer to a man and happier with him.”
Ms. Gottlieb shared that a female patient of hers wasn’t turned on by her husband doing the ironing.
Ironing?  Hubba hubba!  I’m real turned on.  Cause it means I don’t have to do it.
If anyone wants to argue that ironing is woman’s work, they ought to watch a military man iron his shirt.  Nobody irons or folds better than a man in uniform and I’d hardly argue any one of them are feminized.
And by the way, our vacuum cleaner is heavy as hell so I appreciate it when my husband, who outweighs me by 90 pounds, schleps that thing around.  I find that mighty masculine.
Clearly, stereotypes are useless.  Isn’t it also possible that in today’s world, couples are working so hard to put the roof over their heads, take care of the kids, and/or an elderly parent, walk the dog, fix the roof, etc., that they’re just bloody exhausted.  We have also become phone monkeys with entirely too much technology at our disposal that becomes a mindless balm and distraction from the day, encouraging ruts that are all too easy to get into.
To argue that a new division of labor in the home is causing men and women to somehow become homogenized and androgenous discounts the value of their happiness in the activities they share together.
Chopping salad in the kitchen with hubby is an excuse to flirt, razz one another and canoodle.  A lot more enticing a proposition than his sitting in the barc-a-lounger shouting ‘bring me a beer, honey’ while I stand in the kitchen cooking by myself – after we’ve both worked all day.  That’s most definitely not an aphrodisiac.
Shared chores means the crap gets done faster, leaving a couple more time to go out and play.  Or stay in.  Besides which, unless a woman is preparing dinner in Victoria’s Secret underoos, I doubt her doing classically “feminine” chores will drive her husband to distraction either, so I dispute that men and women maintaining stereotyped roles in the home is going to affect how they view each other sexually.
This study also indicates that men prioritize the erotic and women do not.  Say it with me:  Stereotype.   There are many factors, including perhaps a lack of communication or habits formed over a long union which are just as likely to cause the kind of bland erotic life on which Gottlieb reports.
Ms. Gottlieb also states the following:

Is the trade-off of egalitarian marriage necessarily less sexual heat? It’s possible that the sexual scripts we currently follow will evolve along with our marital arrangements so that sameness becomes sexy. Regardless, more people marrying today are choosing egalitarian setups for the many other benefits they offer. If every sexual era is unhappy in its own way, it may be that we will begin to think of the challenges of egalitarian marriages less as drawbacks and more like, well, life, with its inherent limitations on how exciting any particular aspect can be.

I would also disagree that being equal partners in marriage means you are turning into mirror images of each other.  I don’t see drawbacks, but much greater fulfillment for both.  Equal partners experience less stress knowing the weight is carried on both their shoulders.  Equality does not equal “sameness.”  In a comfortable, healthy relationship, partners are allowed flexible roles.  In any marriage, one person may be stronger at a certain task, though one partner pinch hitting for the other when needed is much appreciated.  No two people can maintain a successful union if they are each trapped into wearing the same hat all the time.
She also notes that “American couples who share breadwinning and household duties are less likely to divorce.”  If some couples still have typical ideas of masculinity and femininity, cannot there be a differentiation between the romantic and the practical?
The studies Ms. Gottlieb cites argue that much is lost if couples are not able to maintain a “me Tarzan, you Jane” posture.  I would argue that the decision to offer each other that permission (or any fantasy you can name) is still plenty available.  Whether or not their relationship will support it has nothing to do with who is doing the laundry.
*************************
Anita Finlay is the author of Dirty Words on Clean Skin, a shocking exposé deconstructing the biased media coverage that derailed Hillary’s 2008 campaign and the sexism still plaguing women who dare to lead.  #1 on Amazon‘s Women in Politics books for 16 weeks.
Like Anita Finlay, Author on Facebook.
Follow @AnitaFinlay on Twitter.