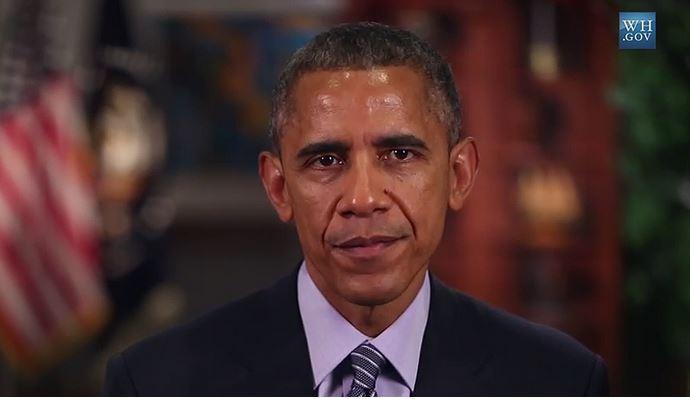 While the Grammys only dipped a toe in the water of stopping domestic violence, activist Brooke Axtell made clear at Sunday night’s event that she was able to survive an abusive situation and later thrive because of one supportive voice. Apart from the frustrating juxtaposition of President Obama’s PSA on stopping violence while abuser and Grammy nominee Chris Brown sat in the audience, the important takeaway is that if we are willing to open our eyes to the shocking number of abuse victims, we can make a big noise to stop it – and reach out a hand in support. One tiny act can make a huge difference in someone’s life. If you see something, say something.
Jerry Doyle and I had an enlightening discussion on the subject. And do you agree with him that President Obama missed the moment with his PSA on domestic violence? Per Nina Easton of Fortune Magazine:

Stunned that this cool-and-hip President of the United States didn’t nab a prime-time opportunity to condemn misogynistic lyrics, I shot off a tweet: “@BarackObama let’s start by rejecting lyrics that promote violence against women.”

So much more needs to be said and done on an issue that affects all of us. We can start by not rewarding the franchises of athletes, pop stars, film heavyweights, politicians or other elites who require our tacit support by continuing to turn a blind eye to their behavior.
This is one of my favorite interviews with Jerry Doyle, who puts words to what many people are thinking – but do not dare to say. Listen now!

*
***************************
Anita Finlay is the bestselling author of Dirty Words on Clean Skin — exposing media bias in a society not as evolved as advertised.  #1 on Amazon’s Women in Politics books for 16 weeks.
Like Anita Finlay, Author on Facebook.
Follow @AnitaFinlay on Twitter.