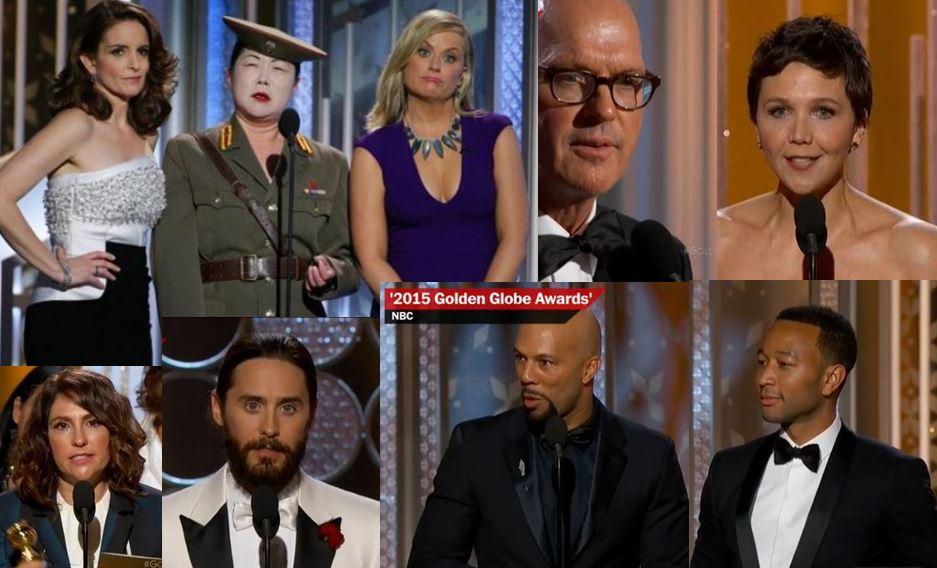 Forget the glitz of the Golden Globes. What emerged from Sunday’s telecast were some moving moments dedicated to diversity, community and unity. Led by Tina Fey and Amy Poehler, this was not business as usual. Jerry Doyle and I discuss a few of the best moments, where those winning awards offered reminders that acceptance of those different than ourselves matters.
As an aside, it was also kinda nice that we were celebrating projects and speeches that honored everything from the fight for civil rights, one of our greatest war heroes (the much maligned Alan Turing), single motherhood, Transgender, the fight against AIDS, a woman struggling to raise her children with early onset Alzheimer’s, the courage of Stephen Hawking and the enduring value of free speech.
Nice to crow about a few films and TV shows that can inform as well as entertain.
As well, Fey and Poehler were fearless in naming names, where most other power brokers would rather just say “Sshhhhh” and keep up a giggly facade. Not this time.
Art, comedy and commentary are best when they are not quiet.
Enjoy our interview…

*
***************************
Anita Finlay is the bestselling author of Dirty Words on Clean Skin — exposing media bias in a society not as evolved as advertised.  #1 on Amazon’s Women in Politics books for 16 weeks.
Like Anita Finlay, Author on Facebook.
Follow @AnitaFinlay on Twitter.