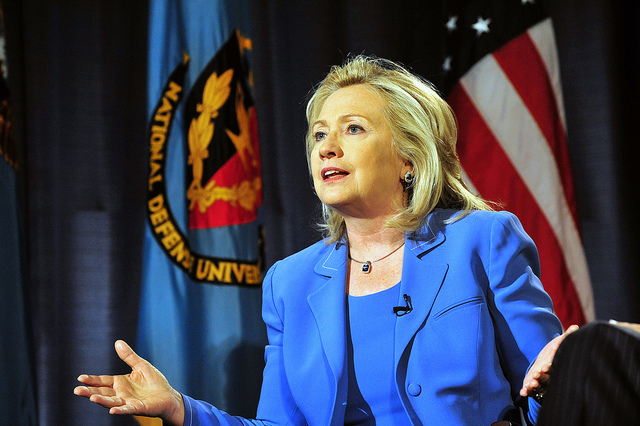 Republicans got a huge assist from mainstream media this week in their quest to smear Hillary Clinton, thereby arresting her path to the Presidency in 2016.  Press outlets, led by familiar Hillary-bashers MSNBC and The New York Times employed questionable reporting in an effort to manufacture scandal out of Hillary’s private email use during her time as Secretary of State.  Facts can be inconvenient things: no laws were broken; business email chains were preserved on government servers; any law prohibiting her private email use did not take effect until two years after Hillary stepped down. So what is the endgame here? And will these early punches cause damage to Hillary or not?

Cable news’ frantic pearl-clutching on this subject reflects a familiar practice of attaching the word “controversy” to the name “Hillary.”  It sells copy.  Terrified of a boring election cycle, the 24-hour news cycle hungers to have a click-able “catfight,” guaranteeing continued speculation even if this is weak tea dressed up to look nefarious.  Peter Daou, former Hillary communications director, penned an fascinating piece on the media’s possible motives in this latest Hillary dust-up: Pwning Hillary: Inside the Innerati’s Clinton Obsession.

But why are we continually distracted with “controversy”? Could it be so we don’t have time to look more dire issues, such as why our savings bank interest is at .03% when the Dow is near 18,000?  There are many more, none of which have anything to do with transparency or security of a Secretary of State’s email. Even Rush Limbaugh has called Hillary Clinton a patriot.  Are Republicans really accusing this woman of a crime here?  They already have a reputation as the party of “no.” They do not want to walk into 2016 looking like the party of “no policy but bucket o’ smear.”

The wheels of government run slowly, so examination of Clinton’s emails, which she has asked to have released in their entirety, will take months.  As a more reasoned news outlet stated today, we might want to relax.  More will be revealed.  Bet on it.

Jerry Doyle and I have a fabulous interview discussing the reality behind left and right spin and debate Hillary’s pluses and minuses going into the 2016 race.  Don’t miss it!