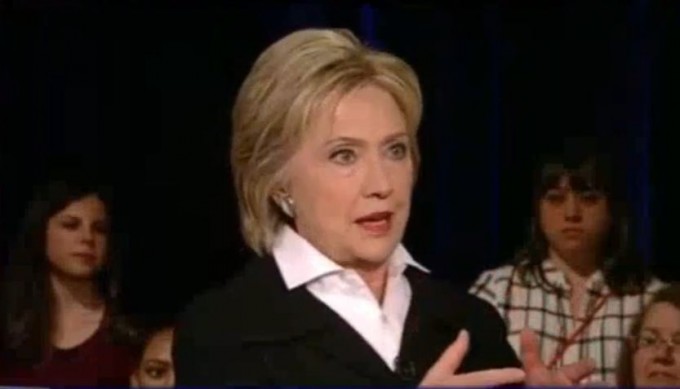 Jeffrey Toobin coming out two years too late to say he “regrets his role” in working to take Hillary Clinton down with “false equivalence” is like perpetrators of the Salem Witch Trials saying they regret burning innocent women at the stake after they are already dead.

WaPo has the story:

So long as President Trump continues disgracing the Oval Office, thoughtful people will probe their own role in helping him get there.

“Thoughtful people”? How about shame-faced media operatives, who pretend to develop a conscience when it is, conveniently, too late to do any good:

Such appeared to be the motivation behind a mea culpa issued by CNN senior legal analyst Jeffrey Toobin on comedian Larry Wilmore’s “Black on the Air” podcast. In a discussion of presidential politics, Wilmore argued that Hillary Clinton, the Democratic presidential nominee in 2016, was the victim of a “coordinated attack” coming from Republicans. “Benghazi was … the expression of that attack. In fact…[former Rep. Jason] Chaffetz …actually kind of agreed that that’s what they were doing, was weakening her as a candidate.” (Wilmore may have been referring to Rep. Kevin McCarthy, who said in 2015, ““Everybody thought Hillary Clinton was unbeatable, right? But we put together a Benghazi special committee, a select committee. What are her numbers today? Her numbers are dropping.”)

Toobin’s next admission is jaw dropping:

“No question about the attack on Clinton, responded Toobin, citing “all that bogus stuff about the Clinton Foundation” — perhaps a reference to the Uranium One story or even to the pre-election reporting of Bret Baier — later withdrawn — that there would be an indictment relating to the foundation.”

“And I hold myself somewhat responsible for that,” continued Toobin, a steady presence on CNN since 2002. “I think there was a lot of false equivalence in the 2016 campaign. That every time we said something, pointed out something about Donald Trump — whether it was his business interests, or grab ’em by the p–––y, we felt like, ‘Oh, we gotta, like, talk about — we gotta say something bad about Hillary.’ And I think it led to a sense of false equivalence that was misleading, and I regret my role in doing that.” [Emphasis mine]

You regret your role, Jeffrey?

Shame on you. And all of you.

Toobin and his counterparts’ constant “false equivalence” was the destructive icing on the cake.

There remains a “boys will be boys attitude” to men in public life while any powerful female is expected to uphold the banner for all womanhood. In the name of protecting the patriarchy, how many were complicit and willing to excuse a corrupt, self-confessed “pussy grabber” in favor of bashing a capable public servant with a lifetime of service – and bash her with falsehoods to boot, as Toobin admitted.

Theirs are the actions of well-heeled, sheltered elitists, who as CNN’s John King once put it,  never emerge from their own Beltway bubble.  They will never suffer the pain inflicted by the policies, actions and contempt leveled at the middle class or the poor by a corrupt, callous and ignorant Commander in Chief.  Toobin would not be the first person to express regret over his bullying, wrong-headed narrative, making a self-serving attempt to suck back into our good graces for next time.

Make no mistake, there will be a next time.

Otherwise, you can expect a version of this exact shallow, shameless behavior when Senator Kamala Harris throws her hat into the ring.