I just had the pleasure of being interviewed by Molly Paige and Ernie Brown of the nationally syndicated America’s Radio News Network.  I had some choice words for them about the treatment Hillary Clinton received at the hands of the mainstream media last time out and why we still feel the repercussions today.  Short and sweet.  Please give a listen here! My thanks also to

Female Olympians, Like Women in Politics, Are Still Stuck in the Cheap Seats

There is a reason why Secretary of State Hillary Clinton fights for the empowerment of women and girls around the world.  Even in the 2012 Olympics, we were not immune from institutionalized sex bias.  At 16, Gabby Douglas became the first African American to win a gold medal in gymnastics.  She subsequently received Twitter-bashing about her hair so widespread, it was reported by CNN and

The New Republic, the same publication whose literary editor once referred to Hillary Clinton as a “hellish housewife” is at it again.  Only this time instead of sinning by degrading an accomplished woman, The New Republic is sinning by pretending she does not exist. In Jonathan Rauch’s TNR article this week, he offers high praise for President Obama’s achievements on the world stage.  Mr. Rauch

As we mourn the untimely loss of history-making astronaut Sally Ride, the AP’s David Crary noted that the obituary Ms. Ride co-wrote with her life partner, Tam O’Shaughnessy, has gotten a great deal of attention due to its final line, wherein they “disclosed to the world their relationship of 27 years.”  While it was clear that those close to Ms. Ride had long known of

A Ray of Hope From the Younger Set…

Since writing about sexism in politics and the demeaning treatment of women seems to have become my raison d’etre, I have to share an exciting video that came to my attention courtesy of writer Mona Gable at BlogHer. She reports that Vlogger Nineteen Percent takes issue with Beyonce’s song Girl (Who Rule The Word)…. Not so fast! says this fabulous woman… I was as blown

Will It Ever Be "the Year of the Woman"?

According to the 2012 Project of the Rutgers University Center for American Women and Politics, more women are running for Congress this year than ever.  But how can we make an intelligent choice as to the best candidate when overwhelming research shows the decision is being made for us via skewed, imbalanced media coverage that has a predisposition toward taking men seriously and treating women like novelties?

A Happy Fourth of July to All!!

The brilliant athletes who will be representing our country in London later this month put on quite a fireworks display themselves these past two weeks at the Olympic trials. I can’t help but be filled with emotion watching courageous gymnasts like Nastia Lukin who got up to fight for personal best after a horrid fall, or swimmers like Dara Torres, who at 45 still challenged herself to 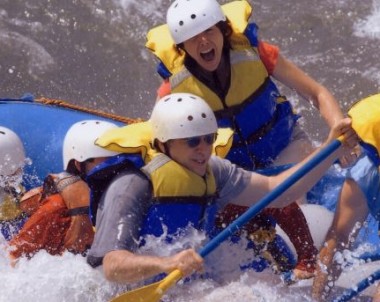 by Anita Finlay On a dare from my buddy Linda, who has already risen to this challenge on her own blog, I am sharing a list of ten things you might not guess about me, since I strike people as pretty earnest.  They should only know how much I love defying expectations and being surprised by something new.  Here is the photographic evidence of behavior

What Makes It Harder for Women to “Have it All”—or to Have Any? The Truth Behind Disempowerment

by Anita Finlay Anne-Marie Slaughter set tongues wagging with her controversial Atlantic cover story “Why Women Still Can’t Have It All.”  In a WaPo opinion piece, Katrina vanden Heuvel argued that while high powered career women like Slaughter cope with the pressures and guilt of juggling work obligations and family, it is lower income “working mothers [who] face far more daunting obstacles simply trying to

by Anita Finlay By now, many have heard about the four seventh-grade boys who mercilessly taunted and humiliated a 68-year-old bus monitor, calling her “fat,” “disgusting,” and saying her family killed themselves because “they couldn’t stand being around her.”  She sat almost motionless, doing her best to ignore her tormenters.  Her son had, in fact, killed himself ten years earlier.  Ms. Klein was reduced to